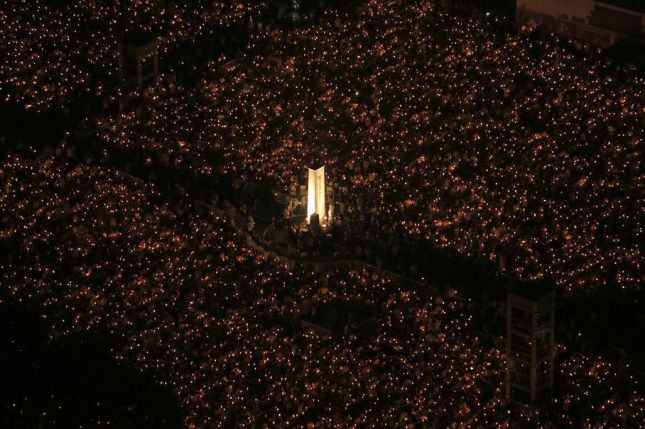 These photographs of candlelight vigil taken from the websites of different news agencies are strong enough to push us to think the spark is still there. Yes, the spark has always been there and let’s hope it build silently and erupts when the day comes.

And the Chinese government, its ‘dictators’ and the ruling Communist party realise it as the pro-democracy activists and aspirants mark the 25th anniversary of the Tiananmen Protests and the Tiananmen Massacre.

The vigil night on June 4 yet again reaffirms the hope that in spite of the China’s efforts to suppress the voices of protests demanding political reforms and more space to democracy, they refuse to die. Though in minority when it comes to expressing, the voices are still strong enough to carry the symbolism of the fight that has always been there.

The silence voices and their collective voice on a day like this are symbolically strong enough to tell the world the flame is still burning, and some day, it will find its way, when the tanks and the armed soldiers would not be able to crush the dissent, these photographs of the Tiananmen Hong Kong Vigil from the Victoria Park tell us.

(Related post: https://santoshchaubey.wordpress.com/2014/06/04/25th-anniversary-of-tiananmen-massacre-the-spark-is-still-there/ – 25TH ANNIVERSARY OF TIANANMEN MASSACRE: THE SPARK IS STILL THERE) 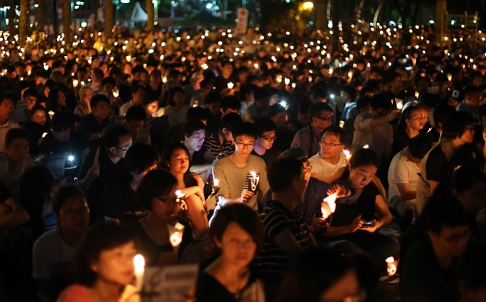 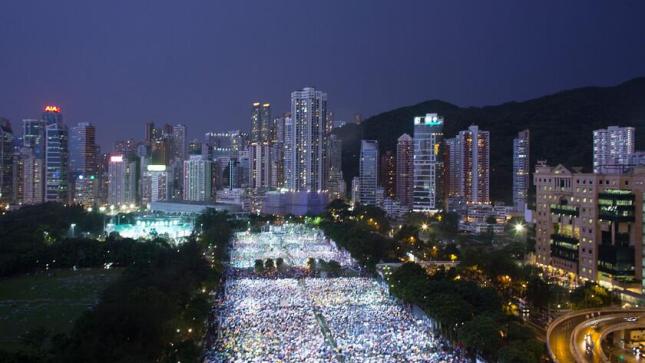