Two Decembers – two years – two random clicks – 2014 and 2015 – same AIIMS Metro station – same hospital (All India Institute of Medical Sciences-AIIMS-Delhi) – India’s biggest and probably the most superior hospital in the country – the hospital with the common perception that it is either for the ‘high and mighty’ or for those who cannot afford any other option and are cursed to bear the apathetic doctors and support staff of the hospital – and same story symbolic of homelessness in India and ‘open sky as roof’ in North India’s chilling cold..in a Delhi that has now a government which boasts of being a government of and for the common man.. 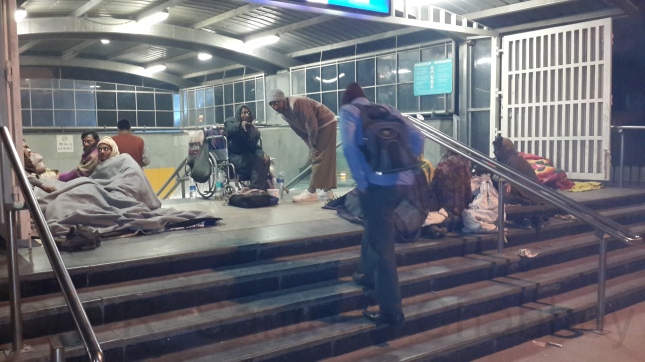 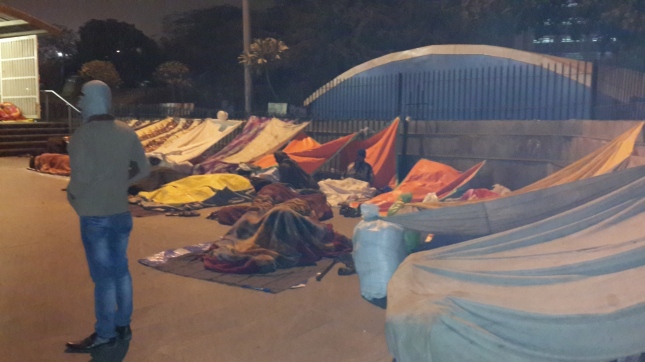 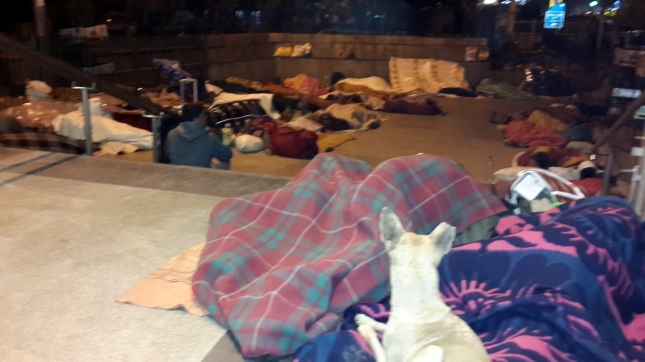